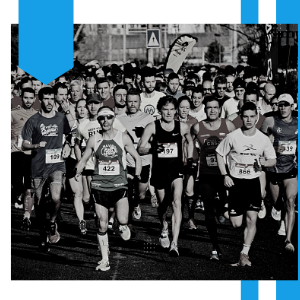 The Ouachita Valley Road Runners club was formed during August and September of 1979 by a group of dedicated runners whose main purpose was to promote running safety in the Monroe, West Monroe, and the Ouachita Valley area. Since its conception it has expanded to promote jogging, walking, fun runs, road races, cross country, indoor track and field, and outdoor track and field. Ouachita Valley Road Runners Club, Inc. has attempted to stimulate interest and promote physical fitness through running. Soon after the club was organized, it became incorporated under the laws of Louisiana and attained a tax-exempt status as a nonprofit organization. It also became a member of Road Runners Club of America, which is an exciting, active, thriving national body of over 100,000 members. The club is not a racing organization; it is a group of people who are interested enough in jogging to help keep it safe and interesting. The club promotes road races, not to see how fast one can run, but to stimulate interest in healthful participation in scheduled events, and to establish an effective means of communication to keep the community and club members informed of new developments in running. The club welcomes anyone who has an interest in running and health from the serious competitor to the casual jogger, whether you want to participate as a runner, race official, or an occasional spectator. The Ouachita Valley Road Runners Club, Inc, is for you. The club hopes you will become a member and support its primary goal, to stimulate and promote interest in jogging, fun runs, road races, race workers, and the general camaraderie of people sharing the same interest.